According to the latest sources by Chicago Tribune, a Chicago newspaper, Microsoft has cancelled the Ignite 2016 conference, supposed to take place May 9-13 at the McCormick Place in Chicago. 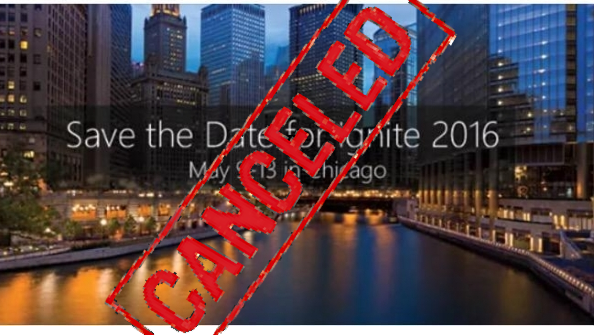 While the Chicago Tribune article focuses on the economic impact such a conference has on a city (90 000 hotel room nights, probably even more beers and thousands of deep dish pizza slices), they do say that Microsoft wanted to reschedule for later in the year, when the McCormick Place was unavailable. There is no official announcement yet, so those might still be rumors, however let’s look at some of the reason why it might have happened.

First, originally, Microsoft Ignite Chicago in 2015, was supposed to be THE global Microsoft conference to rule them all. It was a replacement of TechEd, SharePoint Conference, Project Conference, Lync Conference, Management Summit, Exchange Summit and any that I missed. People traveled from all over the world in Chicago to attend this huge, 23 000 person conference. While the free lunch food wasn’t the greatest, the speakers, quality of the announcements and the overall atmosphere was really cool. 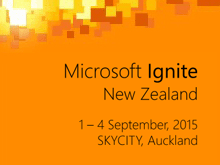 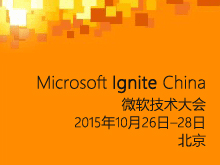 I will try to update the article as soon as more information becomes available, but remember that for now it’s still a rumor and nothing got confirmed by Microsoft! Maybe this is fake, maybe we’ll stay in Chicago but later in the summer or maybe we’re going back to Vegas!

If this announcement is true, it will sure have an impact on all the third party conference organizers in the Microsoft space!

Where / when do you think the next Big Microsoft conference will be? Post your idea in the comments.