What you need to know about SharePoint 2016 Preview

By now, you probably know that SharePoint 2016 Preview will be out in August! This is big news since initially, the first Public Beta was supposed to come out during Q4 2015! 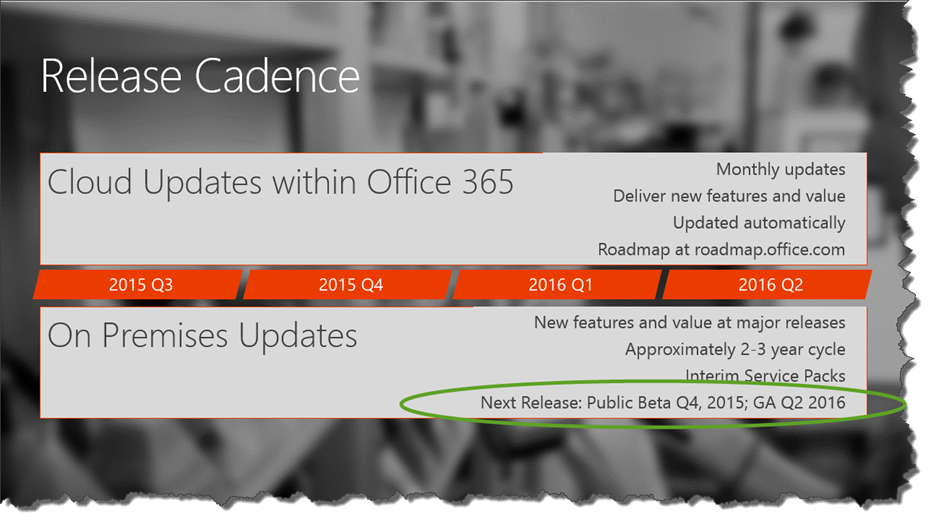 Why release it in August instead of Q4?

Microsoft wants to solicit feedback and validate the stability of SharePoint 2016, while the product is still not finished. In the past, Microsoft relied heavily on the TAP program to get the feedback, and when the preview was released, it was almost in its final form. Similar to what Microsoft did with Windows 10, they really want the feedback of the community early, so they can still incorporate it in the product before the final release. August is actually this month, so I hope you are really excited! Hopefully as excited as Julia White at WPC!

In this blog post, I got information from all around the web about what you need to know about SharePoint 2016 Preview!

Q: What do I need to get ready for SharePoint 2016 Preview?

A: You need to prepare some Virtual Machines, between 3 (1 SharePoint -1 SQL – 1 DC) and at least 6 (1 WFE -1 Application – 1 Distributed Cache – 1 Search – 1 SQL -1 DC) for a best practice MinRole deployment. Here is a screenshot of the available roles from the Ignite slides. You need to set them up on Windows Server 2012 R2 or Windows Server Technical Preview, with SQL Server 2014 SP1 or SQL Server 2016 Preview 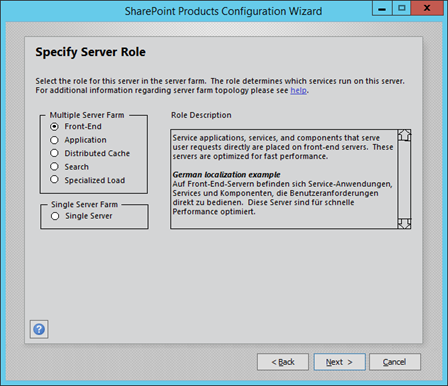 Q: Does the final product will be released earlier?

Q: What is included in the Preview?

Q: Will there be any new end-user features in SharePoint 2016 Preview?

A: There will be, however there are no news on what they will be!

Q: Why focus on IT Pro features in the SharePoint 2016 Preview and not end user features?

Q: Will the Cloud Search Service Application be included in SharePoint 2016 Preview?

Q: Will there be any cumulative updates to test the new patching in SharePoint 2016 Preview?

A: No, the preview is static, so no cumulative updates will be available for it.

Q: What about Office Web Apps?

A: The Office Web Apps team and SharePoint team are separated at Microsoft, so it’s not known when they will be ready to release their preview.

Q: What will be the new List Threshold limit for SharePoint 2016 Preview?

A: For the preview, it will still be at 5000, and Microsoft wants you to test with thousands of list items, and tell them what performance you are getting. Since it’s not a final product, Microsoft cannot do proper scale tests yet. Remember that it’s a recommended limit, and you can play with it as you want from the Central Admin!

Q: Are there any Easter Eggs in SharePoint 2016 Preview?

A: Maybe! To find them, you will really have to push the limits of SharePoint

Q: What are the minimum hardware requirements for SharePoint 2016?

A: No, Site Collections will have to be in full 2013 mode

Q: What can I read or listen to be ready for SharePoint 2016 preview?

A: Here are the resources I used for this blog post which you should definitely read or listen to:

When you test SharePoint Server 2016, please remember that it’s not the final product, and not many end user features will be included inside. The preview is a great opportunity to give feedback to Microsoft on what they are doing right, and what they are doing wrong and hopefully they will do it all right by the time RTM comes out! There have been talks about SharePoint dying for the past two years, and as you see, that is certainly not the case as Microsoft really wants SharePoint 2016 and SharePoint Hybrid to be very successful.

Who else can’t wait for the preview? 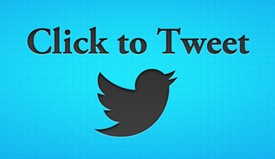